On vacation in South Carolina, I got to see the Yankees Single A affiliate Charleston Riverdogs play the Mets’ Single A team the Columbia Fireflies.

In an effort of full disclosure, I initially was drawn to purchase tickets because Tim Tebow was playing LF for the Fireflies.  I found us great seats because I bought them in May, Section 119, Row 1, seats 18 – 21.  These four seats are immediately in front of the left fielder.  Tim Tebow plays left field for the Fireflies, or, rather he used to.  As luck would have it, he was promoted a couple of weeks back to St. Lucie High A and was nowhere to be found last Friday night in Charleston.

The absence of Tebow did not dampen our spirits though.  A beautiful night for baseball as met with a 7-1 win, and the good fortune of getting a foul ball!!!

It is funny to me that in all my years of going to baseball games the only two foul balls I ever got were at The Joe, in S.C.  Both tossed to me by players of the opposing team, I am now the proud owner of TWO Official South Atlantic League baseballs.  In fact, once in found its way into my glove the other night my future father in law asked me if I was going to give it to a kid…I still laugh when I think of him asking.

Part of the fun were two boys from Jersey representing the Garden State in Charleston for our Yankees – Brandon Wagner and Ben Ruta. 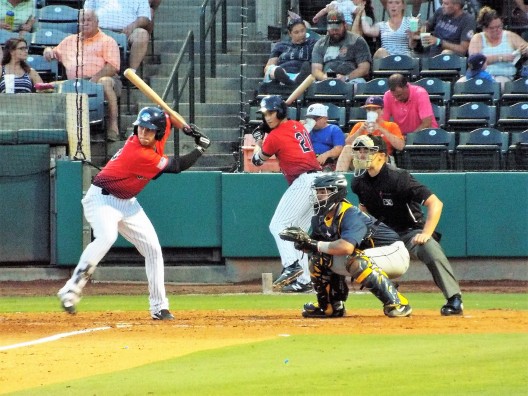 Wagner, 21, was drafted in 2015 in the sixth round.  After spending the remainder of the 2015 season in High A, he spent all of 2016 in Rookie ball before his promotion to Charleston this spring.  He had a great night Friday, going 3 for 4 while hitting his 12th, 13th and 14th double of the season.  In the process of doing so, he drove in three of the Riverdogs’ seven runs.

For the season (as of this writing) he is having his best year since becoming a professional baseball player.  Batting .292 with 70 hits, 14 2B, 3HR, 34RBI and 30BB he still has some work to do before we see him in Trenton, I believe … he has struck out 80 times so far…but this is why he is in A Ball – for now.  I will not be surprised if the Princeton, NJ native is playing closer to home next summer. 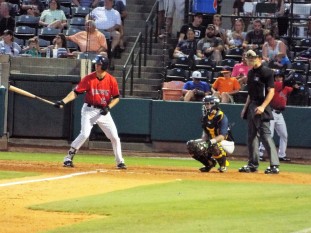 Ben Ruta, a 23-year-old native of West Windsor, NJ, is in his first season with the Riverdogs.  Drafted in 2016’s 30th round, he split time last year with the Pulaski Yankees and the Staten Island Yankees.  So far, he has put in a solid season, batting .290 in 155 at bats, drawing 13 walks and driving in 13 runs.  On Friday, Ruta went 1 for 4 with a run scored.

Minor league baseball just does not get old for me.  I love it and I love seeing baseball talent develop over the years.  Sometimes we forget that big hitters like Mike Trout and Bryce Harper once were kids trying to learn how to hit Big League pitching.

Wagner and Ruta – although they may not be Trout or Harper – are taking on those same challenges now.  I hope both fair very well.  I hope to see both in Trenton next season, too.  Their family and friends would love it! 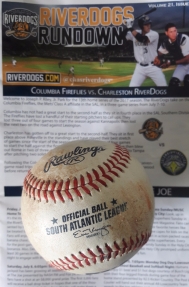 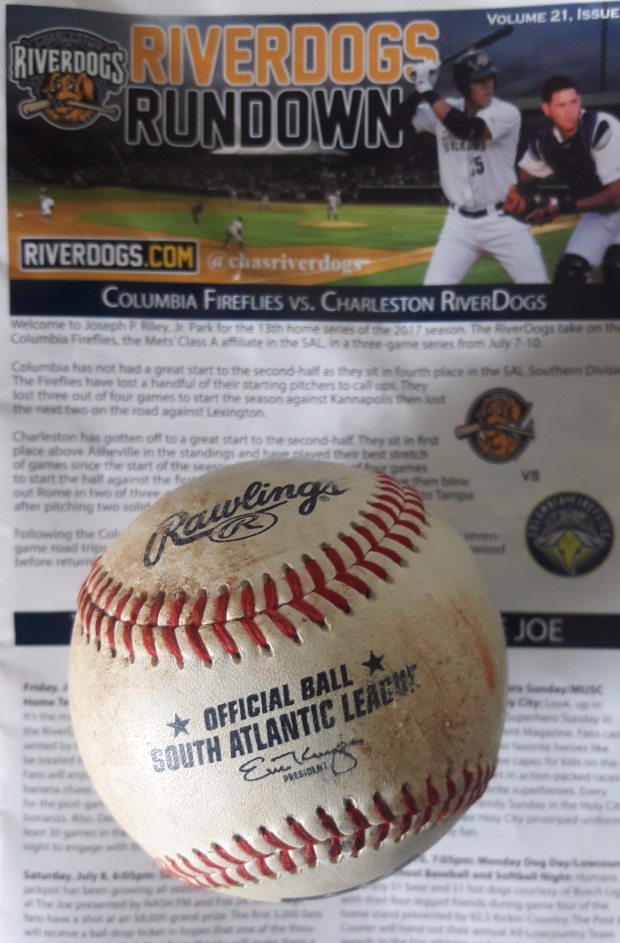